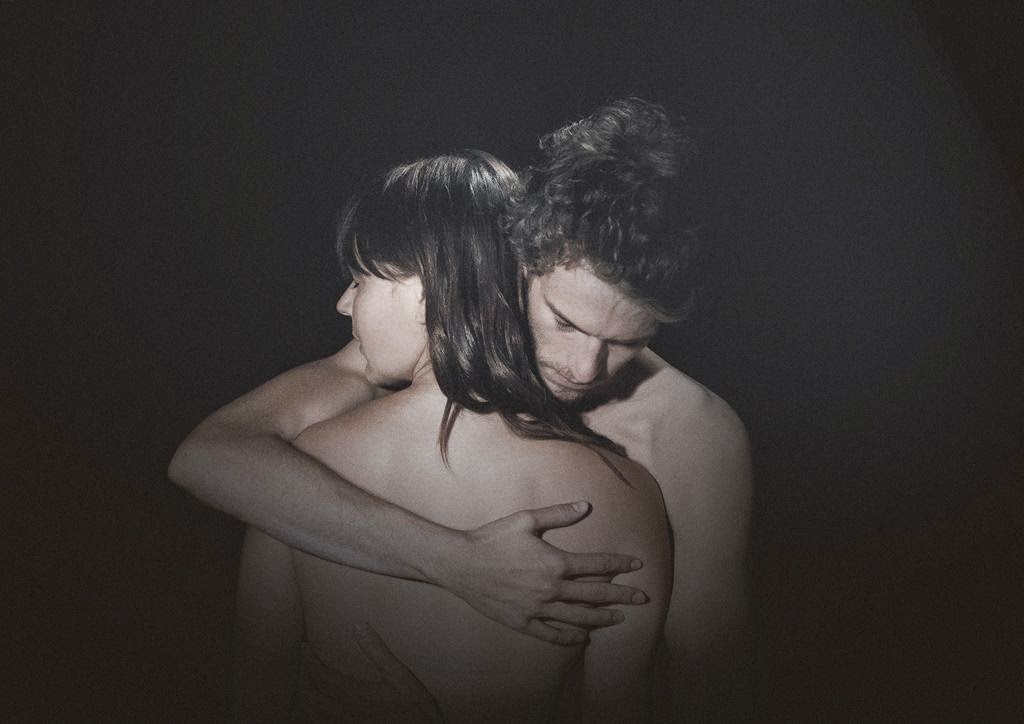 William Gwenlyn Parry's classic Y Tŵr (The Tower) hasn't been performed for more than 15 years, and so this revival from Invertigo Theatre is much overdue, especially as the play is so well known across Wales, among those who remember the first production in the 1970s, those who saw the S4C film, and those who remember studying it at school.

A tower of over-sized building blocks dominates the simple but focused set. These blocks make up the titular tower, which itself represents the climb every man and woman must endure through life as they progress from childhood to adolescence to adulthood and ultimately old age.

At the start of the play an everyman and his everywoman come into the world as playful children, happy to simply mess about, chat and rib each other. They start out life without a care in the world, as do most of us: it is only the process of growing up which can deprive us of such innocence.

The play is a two-hander: Steffan Donnelly plays Man and Catherine Ayers plays Woman, born into a surreal world which they do not question, but which they are committed to living their lives in. Throughout the play these two actors take the audience through a typical representation of life as a couple, with all the ups and downs of what goes with a life-long relationship.

Starting out as cheeky, playful, curious youngsters, they morph into randy teenagers, where the unzipping of a dress leads to that inevitable period in adolescence where men and women discover their physical side.

The depiction of the hormone-infused paranoia that teenagers can go through as they drift in and out of encounters with one another is very well done. After their first sexual encounter together, Man questions Woman as to whether it was her first time. He believes she seemed too experienced, too good, to have done it for the first time. His outrage and jealousy erupts in an affronted, sulky turn from Donnelly, until Woman quite rightly points out that only if Man had been with someone else himself would he know how to judge her performance as "good".

Sexual jealousy must infest the thoughts of almost anybody in a relationship at some point, when the development of mutual trust is still solidifying, and when, especially as teenagers, one partner realises the other can be attractive - and attracted - to third parties.

This jealousy runs throughout the play, whether it's Woman's jealousy of the time Man spends with a colleague from work, or Man's suspicions of what Woman gets up to with his boss, the ubiquitous but never-seen DJ.

As the couple develop from teenagers to working young adults, they climb the tower to emerge as sensibly dressed middle-agers, Man holding down a job with an immense amount of ambition. His regard for DJ and what he thinks of him, and whether he will promote him, reflects that stage in all our lives when we are most focused on career, on getting that first big step up on the ladder to professional success. When nothing else really matters, before notions of family come along.

But soon enough, the grown-up babes have a child of their own, and although their son Gwyn is never seen, his lack of presence throughout might be seen as indicative of how many parents feel about their children, particularly as they themselves grow up, leave home, get married to someone they disapprove of, and generally forge a life of their own, away from mum and dad.

Jealousy rears its ugly head again when Man and Woman reach their 50s, when Man has lost his job and is being supported by Woman, who is working for Man's old employer, DJ. It's implied that Woman has not been faithful and this revelation almost tears our couple apart, Man threatening to climb the tower alone for the first time - moving on with his life without her (essentially separation and divorce). Violence of language and action erupts, tears flow and plates smash. Ayers is great in this section, at one point simply sitting quietly, listening to her sobbing partner, gazing vaguely out into the audience with more on her mind than we can know.

Toward the end of the play we see Man and Woman still together, despite a very rocky patch in between. They are now old and tired, and Donnelly and Ayers portray this admirably through their body language, and in Donnelly's particular case, some pretty convincing guttural wheezing and rasping. I was so convinced by his performance that I was genuinely concerned for his health at one point!

Man and Woman are still together at the end, as they were at the beginning. They have been through all life could throw at them, together, and are still with each other in decrepitude. And this is where the play threatens to bring a tear to the eye of every audience member, as that inevitable moment approaches when one must go before the other. When one has to climb the tower without their life partner for the first time. Death stalks the upper echelons of Y Tŵr.

It's heart-breaking to see Donnelly coughing and spluttering his way to a final end, and even more so to see Ayers in such an emotional state as she realises she will be left alone for the first time in her life. When people cry at the death of a loved one, it is not tears for the deceased, but themselves: because they will never see their beloved again. These moments are accompanied by some subtle but evocative music from Tom Recknell.

They both wonder, in their final moments, what is up the stairs at the top of the tower: will the steps simply go on forever? Or do they lead to another level of which they have no knowledge? This discussion covering whether there's an afterlife or just an endless nothingness really gets the audience's minds racing. It's something we might have considered before, especially the religious among us, but after getting to know these two characters over the course of 90 minutes - seeing them born, grow up and age - we feel their fate more keenly, and wonder about our own.

There were many young faces in the audience at Galeri the night I saw Y Tŵr and I'm glad the play has probably got them thinking about what it's like to grow older. When you're young, you never think you'll age, but time creeps up on us all, and without really noticing we find we've moved on so far without taking any notice.

Y Tŵr proves, more than anything, that we must seize the day, grasp the moment, live for today. The performances from Donnelly and Ayers are powerful over the course of a solid 90 minutes - no intermissions, just a couple of minutes every now and then for them to hastily change clothes after climbing the tower (punctuated with some eye-spinningly epileptic light shows from Joe Price!).

These two must be emotionally exhausted at the end of every one of these performances, and as the audience files out, each one of them must surely be referencing their own existence, their own loves, and how they feel about how their life may progress.

Y Tŵr is thought-provoking in the extreme, like a wet salmon being slapped around your chops at various points, but it's still powerful for all that. It starts off fun and carefree and ends up laden with cares and woes, rather like life itself.

Climbing the tower can be hard, but never as hard as that one final push to the top. Because we do not know what is beyond...

Side note: Y Tŵr is performed in the Welsh language with English surtitles, and this was the first time I'd seen an entire production in Welsh, not being a Welsh speaker. It's no different to watching The Killing on BBC4, and after about 20 minutes I almost didn't notice they were speaking a foreign language any more. With the aid of the surtitles I fully understood what was going on. The rhythm of the piece made it very clear what was happening, and indeed what was next. It's a predictable play in any language, but that's not to its detriment, rather its benefit.

Posted by My Old School Books at 9:08 am